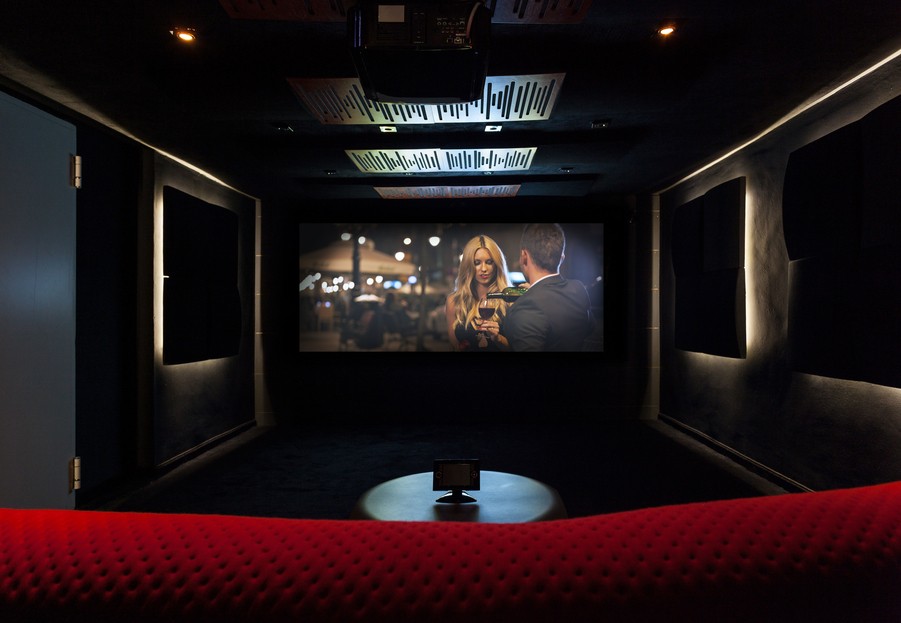 Right now, we all can use a little escapism and activities to enjoy at home. We can’t currently visit our local Highland Park, TX, movie theaters, but if you have a custom home theater or would like to install one, you can immerse yourself in new worlds and create lasting memories with loved ones. Whether you’d like to delve into nostalgia or adrenaline, we’ve rounded up marathon ideas that are a little less common than the usual superhero or magical franchise.

With surround sound and an Ultra HD projector, it will feel like a holiday marathoning in your own theater. Whether you attempt it all in a row or spread the movies out over a week is up to you. Get inspired below!

No one did romantic comedies like Meg Ryan in the ‘90s. Transport yourself to the turtleneck days of New York City with classics like When Harry Met Sally, Sleepless in Seattle, and You’ve Got Mail. Watch Meg Ryan’s heroines fall in love, fight, and fall in love again with young Tom Hanks and Billy Crystal, surrounded by cityscapes and jazz music. They’re charming and nostalgic, a perfect getaway from the comfort of your home.

Kids Riding Around in Cars

Riding around with nowhere to go and nothing to do. From the ‘70s to the ‘90s, each decade had its own films depicting restless youth roaming around town in cars, up to no good. Start with 1973’s American Graffiti, directed by George Lucas, followed by 1982’s Fast Times at Ridgemont High, Cameron Crowe’s come-of-age that includes Sean Penn’s iconic surfer dude Spicoli. Lastly, enjoy Dazed and Confused, Richard Linklater’s wild youth comedy. Which one is your favorite?

Get ready for nice Italian dinners, hitmen, crooked cops, and getting pulled in for “one last job.” A mafia marathon is probably one of the longest endeavors you could embark on, so we have chosen the essentials. A mafia marathon in your theater may include classics like The Godfather Part I & II, Goodfellas, Casino, Scar Face, and Once Upon A Time in America. If you’re still in the mood for some organized crime, add on last year’s The Irishman, Scorsese’s epic at a whopping 209 minutes. Definitely don’t try them all in one day!

If you can’t throw a bash right now, why not invite yourself to one on the big screen? These wild party movies will pulse over your high-end speakers, making you feel like the chaos is really in your home. Start with a classic like Animal House, then move on to 2007’s Superbad. For more party insanity, move on to 2012’s Project X, then wind down with last year’s end-of-high school movie Booksmart. Red Solo cups not included.

Take it to Space

If you have a UHD projector and a wall-sized screen, the sky’s the limit—and we’re taking you to space. Settle into Kubrick’s 2001: A Space Odyssey, followed by Christopher Nolan’s Interstellar. Then take in the spectacular visuals of Gravity, with excellent performances by Sandra Bullock and George Clooney. Add 1979’s Alien, then compare each to pick your favorite space flick. As for Star Wars? That’s an entirely different movie marathon.


If you don’t yet have a custom home theater or would like to upgrade your current entertainment system, we have your back. For all homes in the Dallas, TX region, call Integrated Lifestyles at (214) 272-8678 or submit our online form here.

By accepting you will be accessing a service provided by a third-party external to https://integratedlifestylesinc.com/

Integrated Lifestyles Inc is rated 5 out of 5 based on 21 reviews from around the Web.